This is an English translation of an original post on the Game Grape official account on WeChat. It contains contents of a document from a meeting of game companies in Guangdong that details expected new regulations to come from the government.

Recently, Grapevine got a March document from the publishing house, which summarized a series of requirements on game supervision. According to multiple insiders, this document is from Guangdong.

Compared with the previous meeting minutes of game companies in Shanghai, Beijing and other regions, this document has a lot of details, such as:

2. There will be corresponding punishments for the online version of the game, such as revoking the version number that has been obtained, removing the entire game from the network, and criticizing the publisher to suspend the publishing business, etc .;

3. It is not allowed to plant illegal advertisements in the game. If you promote unauthorized game advertisements, you will be held accountable if found;

4. It is not allowed to promote the function of “Global Service” in the game. If there is any, you should go offline and delete the related functions;

5. The National Press and Publication Administration will set up special inspections on the real-name authentication of game companies and the setting of minor systems by June.

Up to now, Beijing, Shanghai, and Guangdong have all sent notices to game companies and publishing houses . Strictly changing skins, set numbers, and unapproved advertisements have become a fixed number. The implementation of the real-name system and the protection of minors are becoming more and more strict , Small games, consoles, stand-alone is also illegal. As Grape King said before, the most stringent game regulation in history may come.

The following is the detailed content of this document:

1. The review opinion of the publishing unit in the game application form needs to explain the review process of the real-name authentication and anti-addiction system.

2. The game needs to be connected to the real-name authentication and anti-addiction system and provide relevant screenshots. If it cannot be accessed, a real letter of commitment must be provided.

3. The game cannot be declared in multiple places at the same time by changing the skin, or for the game that has obtained the version number to be re-declared again. Once found, the publisher and the operating unit will be punished accordingly, such as publishing a criticism and Suspension of publishing business for 6 months, etc.

4. Penalties for revoking the online version of the game suite number have been obtained, the game has been delisted from the entire network, and publishing companies have been criticized for criticizing the suspension of publishing business .

6. It is not allowed to promote the “Global Service” function in the game. If there is any, you should go offline and delete the relevant function in time.

8. It is forbidden to have bad inducements in the game name or game content, such as blind money worship or encouraging multiple people to have a romantic relationship.

9. In early May, our province completed the inspection of the real-name authentication of game companies and the setting of minor systems. The State Press and Publication Administration will set up special inspections by June.

(1) Notify the recent situation of the game industry

2. Some players use the functions of “map creation” and “map editing” in the game to edit the boundaries of the game world and promote the split of the motherland.

3. Zombies, doomsdays, plagues, etc. appear in the game to insinuate the current new crown pneumonia. Game publishing and operating companies need to check the game chat, naming and map editing systems to ensure that inappropriate comments do not appear.

4. The same game is submitted for review in multiple places under different names at the same time. For example, a company in Shenzhen has been punished by the Central Propaganda Department for not publishing within six months.

5. The game that has obtained the version number has changed its name and applied for the version number again. According to the recent processing of the Central Propaganda Department, a penalty of 3 months for stopping the game publishing business will be imposed.

6. The content of the online version of the game is inconsistent with the declared version. For example, in a recent game of palace fighting, the Publishing Bureau of the Central Propaganda Department recently revoked its approved version number, the game was delisted from the entire network, and the publisher made Notify of criticism.

7. Unwanted inducement content: Unwanted tendencies appear in online game titles, such as the promotion of social values ​​of blind money worship; unhealthy words such as “kill”, “death”, “ghost” and “demon” appear; Contents that cause undesirable inducement to adolescents, such as love relationships.

8. Make money by placing illegal ads in games, such as promoting unapproved games. Once discovered, accountability in accordance with the law often occurs on game promotion platforms.

9. Some games promote the functions of “Global Uniform” and “Online Chat with Multinational Players” in the promotion, so that players can access unauthorized game versions overseas. The global uniform server function cannot be launched, and related functions should be deleted in time.

10. If you need to translate the place name “Xiongan” in a foreign language in the game, use the Chinese pinyin “Xiongan” as the standard expression, and determine whether you need to make a major topic for the record according to the game content.

1. All game user accounts need to be registered with real names: Qualified enterprises must complete real name authentication when players register for real names. The Central Propaganda Department has already built a real name verification system, and will require companies to access in order after completion.

(2) New users: It is not allowed to provide paid services for new users who have not been registered under any real name in any form;

(1) Tourist experience mode of no more than 1 hour.

(2) Recharge and payment services are not available without a real name.

(3) Within 15 days, visitors of the same hardware device shall not be provided with a repeated tourist experience model.

3. Restrictions on the duration of underage players: hope to gradually realize the same player, different games, accumulated time on the same platform.

4. Minor player payment restrictions: I hope to gradually accumulate the same player, different games, the cumulative amount of payment on the same platform.

(2) Commitment of authenticity: content that cannot be realized at the time of declaration, such as payment system, statutory holiday time limit, minor overpayment, etc., need to supplement the authenticity commitment.

(4) In the application comments of the publisher of the game application form, the real-name authentication and anti-addiction review process and review conclusion should be written.

(1) Game review experts need to review the real-name authentication and anti-addiction system in the game.

(2) Write down the review process of real-name authentication and anti-addiction system in the review report.

5. Player information: Game companies must properly preserve and protect the real-name information of players in strict accordance with relevant laws and regulations, and may not be used for other purposes.

1. Publishers who have not submitted the game’s real-name authentication and anti-addiction system setup instructions, please submit a report as soon as possible;

2. In real-name authentication and anti-addiction system settings, game companies can perform higher than the standard;

3. Complaints related to minors: deal with it truthfully, if it is really a minor, deal with it according to the actual situation. If the complaint is not true, calmly analyze and deal with it in accordance with the law to safeguard the company’s rights and interests;

4. The provincial capital will complete the inspection of the real-name authentication of game companies and the setting of minor systems before the beginning of May, and the State Press and Publication Administration will set up a special inspection before June. 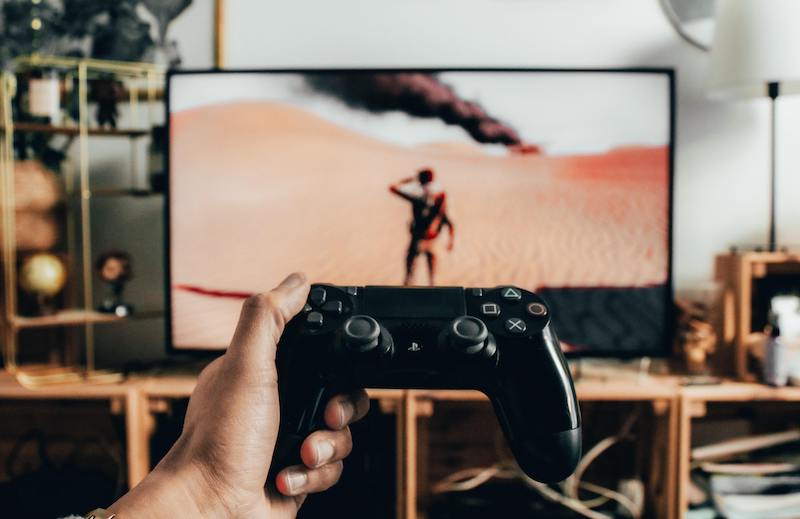 Publish Your Game With AppInChina